Incredibly, the result of the competition ended with two entrants neck-and-neck. So to separate these two, it was decided there would have to be a penalty shootout, using the rules set aside in my penalties article.

Each entrant chose the five sides to place their shots, and the five directions for their goalkeepers to dive. Below is the result of the shootout, as drawn on my office whiteboard: 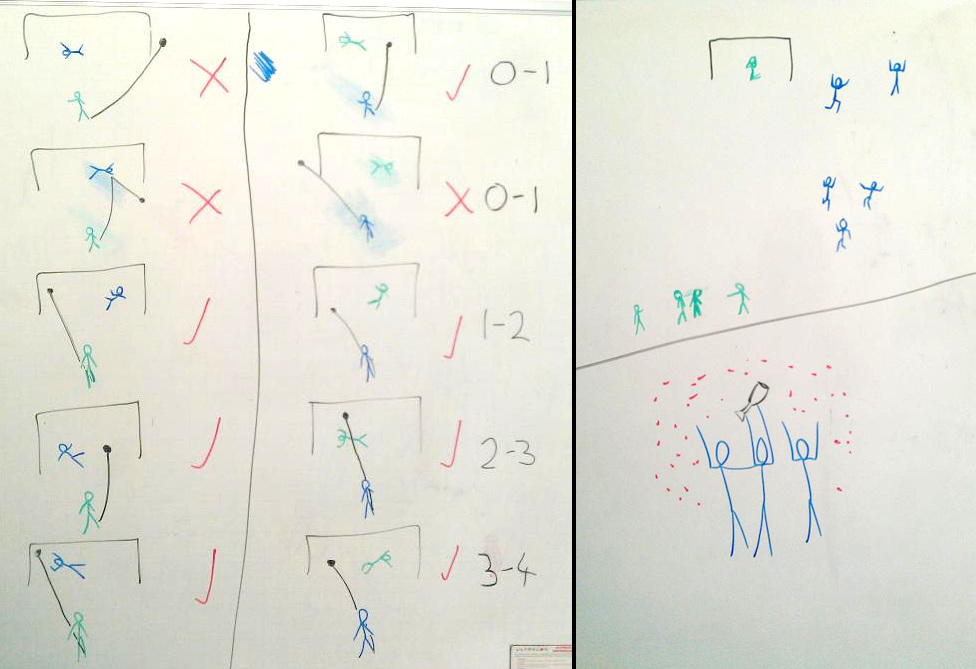